I love to write.

so that others can also enjoy the beautiful scenes, and people, and tales…

which I see, and experience, and enjoy,

but which I cannot relate without the use of my pen.

I love to write.

I began writing when I was ten or eleven years old, and over the years

the Lord Jesus has taught me so much – brought me so far….

with deep spiritual lines, and a generous share of romance.

I consecrated my writing to my Lord Jesus.

He had been working on me for a very long time – teaching me, drawing me, molding me…

thing I held most dear…the thing I felt I was responsible for.

I thank Jesus that He brought me to my knees…to a place where I had no choice but to give up to Him.

Because of that moment, I praise the Lord Jesus, He has been able to

continue to teach me and to mold my writing for His Glory.

I still love to write.

But I love to write for Him.

I am but a pencil…

A pencil in the hands of God.

The Lord Jesus gave me Enslaved to Freedom in August of 2011 – amid one of the darkest and most difficult years of my life. This story has been most different than any other story I have ever written – with a completely different voice, different pace, and different atmosphere it has also been a great tool the Lord Jesus has used to open to me new avenues in my writing journey as one of His pencils, and to further my knowledge through Him of the craft He has given me to use.

Set in the last half of the 18th Century, the story deals with the troubled life of a highly successful man of the sea – Sullivan, by name – who, after a reckless, tragic youth, was forced into his present profession by his ill attempt to escape life as he knew it.

Faced then by two choices – submit or die – he gave himself up to the mercy of a completely new world and, after the space of almost a decade found himself so well settled in his new profession that he had risen to the top of the ranks.

Commanding a ship of over a hundred men, and master of a reputation blacker than the devil himself, he grew very wealthy – and content – in his new life….but he could not escape the old.

After almost 20 years of murder and crime, he is at last to be confronted with the demons of his past…the tragic realities of his life choices…and the consequences of his lawless profession…all at the bidding of One Almighty Being Whom Sullivan would never admit existed.

This great Savior and Lover of mankind uses a quiet, steady, patient tool – who also, in her very-different life, knows sorrow, tragedy, and crime, and who becomes – by no intention of her own – Sullivan’s greatest, most lethal temptation. 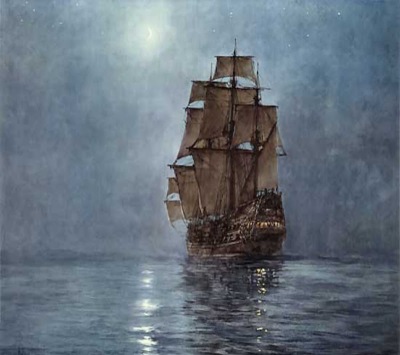 The Lord Jesus gave me Huldah after a time of great enlightenment in my spirit with His Own. This was the first complete story I had begun since consecrating my work to Him.

Set in the mid-to-late 1850’s in the difficult times of the westward expansion, Huldah deals mainly with the love-life of the heroine, Huldah Philips and of her younger sister, Lydia.

Huldah is a young lady of 23 with a mature outlook on life – but not a very close relationship with her Lord, though she has grown up a Christian and all her family is very serious in serving Jesus. Over the past few years, she has tasted the sweet notes of love – but has equally known refusal; and she knows men. Contrarily, her sister Lydia, is a young, enthusiastic girl of 16, who knows nothing of either men or really her own heart, but is a very sweet, sincere girl who truly wants to do right, though confusion of feelings and convictions often spoil her very best attempts.

Caught between the ties of love and duty, Huldah and Lydia find themselves entangled in a dangerous plot, though they have no knowledge of that themselves.

Will Peter Dalton ruin Huldah’s naive and sensitive sister, and be revealed a killer in the end? Or will Huldah’s new-found, but cautious, admirer John Webster face his own past demons and expose him before tragedy can strike, not only in the Philip’s family, but in the entire Oregon settlement of Ashe?

During my work on Emma, the Lord Jesus brought me to see the nessesity of consecrating my writing to Him. Emma, therefore, is a very special story in my writing journey. Half born of me, and my own flesh whims, and half the work of consecrated fellowship with the Lord, Emma is the threshold between my old work and my new; the only story that I completed so far that was over 100,000 words in length, and the work in which I met my now-long-time-favorite character now, the villan, in the form of Philip Norman, the wise-to-the-world, not-quite-understood, thief who played one of the most important roles in the story’s plot-line.

Emma is the story of a young girl, confused about her life, about herself, and about Who God is and what He stands for. Deserted by the man who fathered her soon-to-be-born child, the man she thought had promised to love her for the rest of her life, she is stranded on a ship bound from England to the Colonial metropolis of Boston, with no money, no family, no faith, and only the clothes on her back.

Her journey to light is a long one, but help for her comes in the form of a brother and sister, Jonathan and Charlotte Cummings, who too have seen hardship – though in different ways – and who are going to Boston to start a new life.

Her baby soon becomes the key to Emma’s happiness – the gift from Jesus that leads her to see the beauty and truth of His Love for her, and the balm that heals her wounds. But that tiny child is also the object of some very dark plots.

Can Emma manage to keep her faith and her child?

Life on a Far Away Island

The Reign of Goffredo and the Spanish Revolution

A Dance not Wasted

List of Works written in the form of plays (finished)

The Fight for Bread

And Great was the Company that Published It

Also find me at; 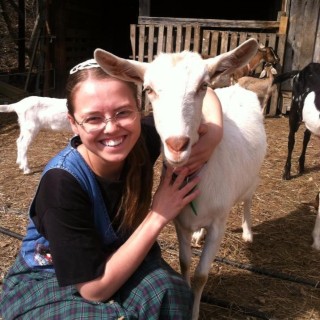 I'm a young lady living in very rural SC USA who loves the Lord Jesus with all her heart. He is my All; my Breath, Food, Drink, and my Beloved. I desire to serve Him with my whole being and life, be lost in Him so that others see only Him and not myself. I enjoy farming, and live with my family on a small, but growing, dairy farm where I also write Christian Historical Romance for the glory of the Lord Jesus!